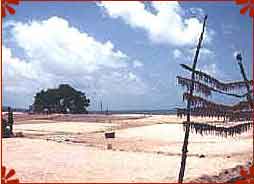 Alibag: It is in Raigad District. It is situated very close to the Arabian Sea and is a wonderful place for relaxation. Alibag has beaches and historical monuments like forts, temples and beautiful beaches.

Appu Ghar: It is in Pune. Number of children games is available at this fun park. Appu Ghar also attracts youngsters. There is a cool and comely Lake for older generation people near the park. For games, funs and frolics, it is a place worth visiting.

Baneshwar: It is situated 30 km away from Pune. This place is known for its scenic beauty and Baneshwar Temple. There is a garden and a small stream behind the temple. Visitors enjoy playing and swimming over here.

Bhushi Dam: It is a very popular picnic spot, which is located at a distance of about 5 km from Lonavala. A wonderful waterfall near the dam is one of the most thrilling spot. The dam is full with rainwater in monsoon.

Deolali Camp: It is one of the oldest important Indian army military centres. It is located 16 km away from Nashik. One can also shop at Deolali market near the camp. There is the famous temple of Lord Khandoba on the hills. 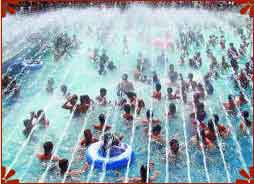 Esselworld: It is Mumbai's only international-style theme park and amusement centre situated close to Gorai Beach. Esselworld offers over 40 exciting rides, games, and attractions. The Water Kingdom of the fun park is said to be the largest of its kind in Asia.

Film City: It is located away from Mumbai's hurly burly life, on a quiet locality of Aarey Colony. The Film City is equipped studios, recording room, a theater, and facilities like garden, lakes, ground for fighting scenes, helipads etc. for outdoor shooting.

Snake Park: It is at Pune since 1986. The park has collection of a wide range of reptiles, birds, and others. The special attraction is the six-year-old, nine feet long King Cobra. Temples of Lord Shiva, Lord Ganesha, Vishnu and Kartikeya, Goddess Parvati are also there near the park.

Khadakwasla and Panshet Dam: These dams provide water to the entire Pune city. It is half and hour from Pune and two and half-hour from Mumbai. The amazing view of Sinhagad and Peacock Bay is again a major attraction of Khadakwasla. Panshet is very popular for water sports like Speed Boats and Water Scooters etc. One can have a nice road to Panshet surrounded by dark green woods.

Koyna Dam: It is known as one of the largest Hydroelectric Power plants in India. Having highest rainfall in the region, locality of the dam is gifted with thick forests. Best time to visit the dam is during the rainy days.

Vadhu and Tulapur: Sambhaji, son of Shivaji was killed in Tulapur and his samadhi was built in Vadhu. Tulapur is famous for the temple of Lord Shiva as well. In this temple, also known as Sangameshwar, Sambhaji was arrested by Aurangzeb and was later killed. Tulapur was originally known as 'Nagargaon'.