Know about some prominent rivers which flow through the state of Maharashtra.
Maharashtra » Maharashtra Rivers 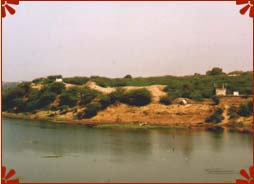 Godavari River: The Godavari River rises from a place near Nashik in Maharashtra, which is at the elevation of 1,465 km. It flows nearly around 1,465 km before falling to Bay of Bengal. The Parvara, the Purna, the Manjra, the Penganga, the Wardha, the Wainganga, the Indravati and the Kolab are the major tributaries of the river. Godavari Basin extends over an area of 312,812 km in five states, which is nearly 9.5% of the total geographical area of the country. 'Vishnupuri Prakalp', Asia's largest Lift irrigation project is constructed on the river just 5 km away from Nanded city. 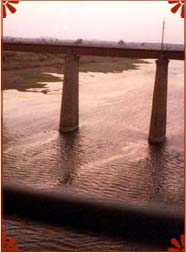 dra and the Musik are the principal tributaries joining Krishna. Krishna Basin extends over in three states with an area of 258,948 km2, which is nearly 8% of the total geographical area of the country.

Tapi River: Tapi River rises from a place with an elevation of 752m near Multai in the Betul district of Madhya Pradesh. It flows for about 724 km before out falling into the Arabian Sea through the Gulf of Cambay. The Purna, the Girna, the Panjhra, the Vaghur, the Bori and the Aner are the principal tributaries of Tapi. Tapi Basin extends in three states with over an area of 65,145 km2, which is nearly 2.0% of total geographical area of the country.