Places to See Near Aurangabad 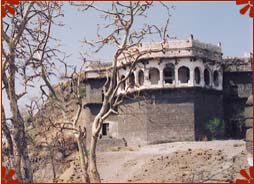 This city is named after Mughal Emperor Aurangazeb. It was called Fatehpur before it took its present name. This city is gateway to the World Heritage Sites of Ajanta and Ellora caves. Developed as a modern city, Aurangabad provides all comforts and modern facilities. There are several luxury budget and star hotels, which caters the tourists of the city.

Siteseeings at Aurangabad Caves, Bibi Ka Maqbara, Himroo Factory and Panchakki are always worth to be organized. Daulatabad, Khuldabad Anwa Temple, Pitalkhora Caves, Lonar Crater and Paithan can also be organized as excursions. Sunheri Mahal Museum, University Museum and Chhatrapati Shivaji Museum are three the museums in the city, housing art treasures of the region.